What Is the Core, Where Is It, and Why Is It So Important?! 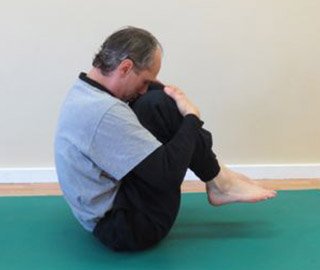 One of today’s leading Pilates instructors shows you just what and where the ‘core’ muscles are. Here, too, is a fascinating brief history of the concept of core strength. You’ll understand as never before why physical fitness begins with core conditioning, and why Joseph Pilates is rightfully considered the ‘Einstein of fitness.’ He was a genius for being the first to recognize the critical importance of core strength.

Though it’s so important, it’s surprising to note that few exercise programs give much attention to the core.

What’s All the Buzz About Core Exercises? 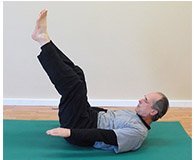 The Concept of the ‘Core’ Began With Pilates

What’s all the growing interest in ‘core strength’ and why is Pilates considered the best at it? What exactly is the ‘core’ and why is it so critical to our health? Let’s take a look at these and other mysteries surrounding the current core exercise craze!

Pilates is the most popular exercise method worldwide for a number of reasons. Chief among them is that it works like no other exercise for creating strength and flexibility in the center or ‘core’ of your body. No other method rivals the effectiveness of Pilates for core conditioning. This is why elite athletes do it and physical therapists prescribe it.

The ‘Core’ of Pilates

These unique exercises were created by Joseph Pilates nearly 100 years ago and refined by numerous practitioners ever since. So effective are these exercises, that after nearly 40 years of practicing and teaching this marvelous method, I conclude that Joseph Pilates is the Einstein of fitness. 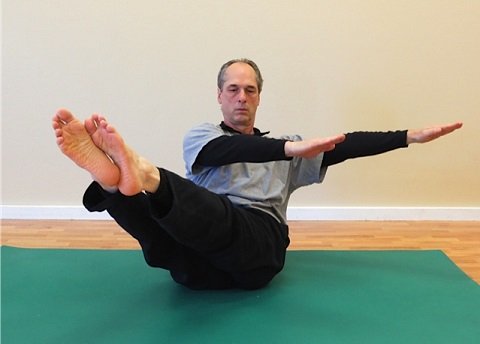 He was a giant – a game-changer – in the fitness world. He invented the first exercise and rehab equipment and held dozens of patents. He discovered that strong abdominals cure most back problems and that slow and controlled movement relieves most joint pain – ideas now fully endorsed by the medical community. He was the first fitness practitioner outside of the martial arts traditions to create exercises that train the mind as well as the body. And Pilates is one of the few methods that provides everything the body needs in one complete workout – cardio, stretching, balance and strength training. Plus, eccentric contraction and dynamic stretch, prominently used in each Pilates exercise, have been found to have more benefits than any other strength building and stretching technique. These are just a few of Joseph Pilates’ stunning contributions to the practice and science of exercise.

What Is the Core

Perhaps his greatest contribution was the discovery that there are 3 muscle groups virtually ignored by every other exercise method – the inner abdominals, inner obliques, and the iliopsoas. He also found that when these muscle groups are strengthened everything changes from simple everyday activities of walking, sitting and climbing stairs to athletic and artistic performance.

These muscles as well as all the others in the center of the body – outer abs, outer obliques, glutes, and lower back muscles – constitute what we call the ‘core.’ For a look at exactly where these are located here’s a short demonstration.

Strengthening all of our muscles rather than overemphasizing one group over another is why Pilates feels so different. Before Pilates there was no such thing as full-body exercise. My teacher, the ‘Pilates Elder’ Mary Bowen confirmed this. Joseph Pilates was the first to see the importance of a complete exercise program that worked the entire body. And he didn’t stop there! He concluded that the whole ‘being’ needs to be strengthened and revitalized so he added mind training to his method, building consciousness as we build muscle. All of our muscles working together with awareness create an unparalleled stability and balance without bulky muscles and unnecessary weight. This is core strength. This is why Pilates’ practitioners feel taller and look graceful and effortless even in the simplest everyday movements. Each and every exercise in the Pilates method works the core without neglecting the rest of the body or the mind….