In the 1990’s One Man Tried to Stifle Pilates and Almost Won! 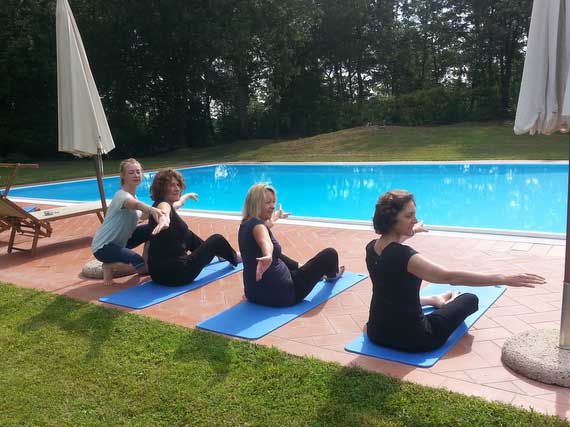 His name was Sean Gallagher. He owned a Pilates studio in New York City. And he trademarked the word Pilates. This meant no one else could use the word or teach the method or produce the equipment without his permission and a fee!

Enter our hero Ken Endelman, owner of the largest producer of Pilates apparatus (Balance Body, Inc.) and the only person with deep enough pockets to challenge Gallagher in court.

Here’s a brief review of this fascinating, momentous and little-known event in Pilates history.

What’s in a name? Plenty, especially if the name is “Pilates,” one of the hottest fitness trends in America. An October 2000 decision in Manhattan’s federal court declared that Pilates, like yoga and karate, is an exercise method and not a trademark. The decision affected thousands of Pilates instructors who had been prevented from saying that they taught Pilates. “Imagine if you were a yoga teacher, and couldn‘t say ‘yoga’ – you were forced to describe it in some other way,” said Marie José Blom-Lawrence, a Pilates instructor since 1980. “Pilates instructors were in the same boat.”

The Court‘s 93-page opinion, which invalidated Gallagher’s trademarks for Pilates exercise services and Pilates equipment, found that Pilates is a generic term. Since “consumers identify the word ‘Pilates’ as a particular method of exercise,” the Court found, “plaintiff cannot monopolize [it].” Gallagher was also found to have “deliberately attempted to mislead” the United States Patent and Trademark office by falsely claiming in sworn documents that he had manufactured Pilates equipment.

Many qualified Pilates teachers in the U.S.

The Court rejected Gallagher’s argument that only his teachers were qualified to teach the Pilates method, citing testimony from Gallagher’s own witnesses that there were many other qualified Pilates instructors in the United States. Some of those teachers, including trial witnesses Kathy Grant and Ron Fletcher, had studied decades ago with Joseph Pilates, the founder of the Pilates method. The court noted that during his lifetime, Joseph Pilates had “promoted his method of exercises and attempted to increase its use by the public” and “never did anything to prevent others from using the name to describe what they taught.”

During the trial, Romana Kryzanowska, who also studied with Joseph Pilates, was asked what she did for a living. “I teach Pilates,” she replied. That statement proved fatal to the Pilates trademarks. Trademarks don’t cover exercise methods – they can only protect brand names of goods and services.

Over the years, Kryzanowska taught many students who went on to become Pilates teachers. Like Kathy Grant and Ron Fletcher, as well as other Pilates protégés including Carola Trier and Eve Gentry, Kryzanowska made a career of teaching and training others in Pilates’ method. From all these “first generation” teachers, a second generation arose, then a third, creating a geometric increase in the numbers of Pilates teachers and practitioners.

Nonetheless, beginning shortly after he acquired the Pilates Studio and exercise instruction service marks in August 1992, Sean Gallagher began taking legal action against Pilates instructors, claiming that he alone had the right to use “Pilates.” Gallagher claimed that the right came to him through Kryzanowska, whom Gallagher falsely presented to the public as having been “hand-picked” by Joe Pilates to be his successor. Other teachers taught by Joe, according to Gallagher, were imposters, teaching something that could not properly be called “Pilates.” Through this strategy Gallagher intimidated hundreds of Pilates teachers into using the “P” word only behind closed studio doors or after paying yearly fees to him.

Strengthening Gallagher’s claim was the fact that his trademarks for “Pilates Studio” and “Pilates” (as the brand name for exercise instruction services, not a method of exercise) had been registered with the United States Patent & Trademark Office (PTO) in the 1980s. There was thus a chain of title beginning about 1982 from the Pilates Studio, then run by Kryzanowska, to Aris-Isotoner in the mid-80s, to Healite, which ran the Pilates Studio into the ground in 1989. The color of the law, combined with Gallagher’s money, provided ample reason for many Pilates teachers – whose salaries could not possibly sustain a litigation – to capitulate to Gallagher’s demands.

Gallagher met his match with Ken Endelman, CEO of Balanced Body. “The idea that Gallagher owned ‘Pilates’ and that longtime teachers couldn’t use it was ludicrous,” Endelman said. “The entire industry was being stifled, and the public was getting the short end of the stick. Someone had to stand up to this guy.”

Endelman and Gallagher maintained a business relationship for a time after Gallagher acquired the trademarks in 1992. Balanced Body (formerly Current Concepts) manufactured Pilates equipment for Gallagher’s affiliated studios and included Gallaghers’ studios in cooperative advertisements along with Balanced Body customers. But Gallagher and Balanced Body soon clashed over the right to use Pilates’ surname. In 1996, Balanced Body refused to accede to Gallagher’s demand either to pay a large portion of its profits to Gallagher‘s company or to stop using the surname. Gallagher filed suit. After four years of litigation and an eleven-day trial, the United States District Court taught Gallagher what most Pilates teachers knew but could not afford to prove: Pilates is the name of a method of exercise and cannot be owned.

The definition of “generic” in trademark law

It is a cornerstone of trademark law that a trademark which is, or has become, “generic” is not entitled to trademark protection. “Generic” means that the name no longer indicates a brand, but is synonymous with the thing itself.

“Aspirin” was once a trademark for a brand of acetylsalicylic acid, but through consumer and trade use, it became generic. “Pampers,” on the other hand, is a trademark for a particular brand of disposable diapers. If “Pilates” is used as the name of the thing that is being taught, the Court reasoned, then it cannot distinguish Sean Gallagher’s exercise instruction services from Kathy Grant’s or any other of the many Pilates teachers in the United States.

Widespread evidence of generic use

In finding that “Pilates” is generic – i.e., the name of an exercise method rather than Gallagher’s brand name – the Court looked to the widespread evidence presented by Balanced Body at trial. This included a dictionary definition that Pilates was a method of exercise, hundreds of newspapers, magazines, books, and television programs in which “Pilates” was identified as a method of exercise, and generic uses of the word by Kryzanowska, Grant, Fletcher and a host of other Pilates instructors…..

For the rest of this fascinating article go to http://www.pilates.com/BBAPP/V/pilates/origins/trademark-lawsuit.html?utm_source=et&utm_medium=email&utm_campaign=ind-dom.