We stand on the shoulders of giants, to paraphrase a line from Isaac Newton who credited the ideas of many who came before him.

Likewise, Joseph Pilates, the ‘Einstein of Fitness’ had many to thank for his influential ideas. We often point to hatha yoga and the tradition of German calisthenics as obvious influences. But here’s a lesser know but equally important influence for one of the key ideas of Pilates, the ‘center.’

Turns out this major idea came from a female physician in the early 1900’s just when the young Joe Pilates was beginning to formulate his own ideas.

Was Joe Pilates influenced by Kneipp, Mensendieck, and Steiner? 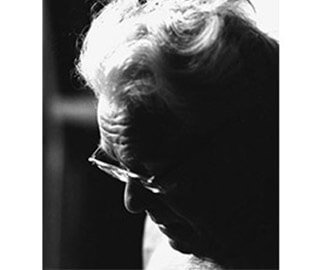 Dr. Bess Mensendieck (1864-1957) was a doctor. She developed a gymnastic method for women to help them to get to know their body and get back into shape after child birth in the beginning of the 20th century. In her book “Körperkultur des Weibes” – English: Bodyculture of Women – in 1906 she wrote: “To us this loss of beauty following motherhood seems sad and unfair.” (Bess Mensendieck, Körperkultur des Weibes, p.7) Her exercises were supposed to solve this.

Bess Mensendieck made a point of strengthening the center of the body: the lower spine and the pelvis were supposed to stabilize the whole body. To make this clear for her students Bess Mensendieck used the word “Zentrale” – English: center – for this part of the body. (See: Bess Mensendieck, Funktionelles Frauenturnen, p.107)

Joseph Pilates not only adopted this idea, he implemented it into his own exercises. Looking at the details you will find many similarities between Pilates exercises and the exercises Bess Mensendieck was teaching……

And what about possible influences from Steiner and Kneipp? For the rest of this article go to http://www.pilatesglossy.com/joseph-pilates-influenced-kneipp-mensendieck-steiner/