Exercise mats are known hosts for common cold and flu viruses, as well as fungal, viral, and bacterial organisms that can cause skin infections. The best defense is not only to use your own mat but also to clean your mat – both sides – after every use whether you bring your own or borrow one from your gym. A variety of mat disinfectants are now available – click here for all-natural and DIY options.

In an excellent article by Abbey Ellin which appeared in The New York Times, she writes about Dr. Cohen, a podiatrist at Long Island College Hospital, and his observation of a rise in foot infections which he connects to the increasing popularity of exercise classes and the use of exercise mats. It’s a sobering article with a clear message: clean your mat regularly even if it’s your own.

In the last two years, Dr. Cohen said, he has seen a 50 percent spike in patients with athlete’s 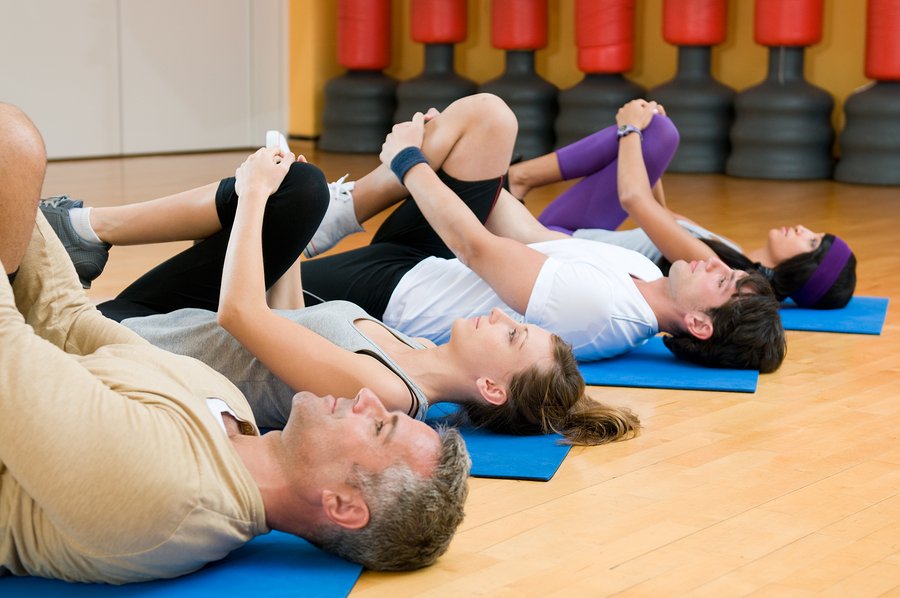 foot and plantar warts. According to Cohen the likely culprit is unclean exercise mats.

Gyms have long been hothouses for unwanted viruses, fungi, and bacteria, a result of shared equipment, excessive sweat, and moisture in locker rooms. Many facilities provide disinfectant so clients can wipe down machinery, but they are often less diligent when it comes to exercise mats. It’s common to see staff members clean a stationary bike. It’s rare to see them disinfect a mat.

This is starting to worry many yoga practitioners who go barefoot on high-traffic mats. Half a dozen kinds of yoga-mat wipes are now sold nationwide, and new products like hand and foot mitts, to protect serial mat borrowers, have hit the market.

Because yoga is more popular than ever, it makes sense that health-care professionals like Dr. Cohen are seeing more infections. In 2005, 16.5 million people practiced yoga nationwide. As of 2020, 30.3 million.

Research has not confirmed the link between unclean yoga mats and fungal, bacterial, and viral infections better known as jock itch, plantar warts, and staph infections. Nor can dermatologists and podiatrists conclusively trace these ailments to dirty exercise mats.

Still, some are making unofficial connections. A handful of dermatologists and podiatrists say they have noticed a rise in the number of skin infections in their patients who practice yoga and Pilates and use public mats.

“Most people know to wear flip-flops in the shower and locker rooms but they don’t think about it on a yoga mat,” said Noreen Oswell, the chairwoman of podiatric surgery at Cedars-Sinai Medical Center in Los Angeles. In the last two years, Dr. Oswell said there has been an uptick of fungal infections among her patients who use mats that aren’t properly cleaned.

Dr. Ellen Marmur, who runs the division of dermatologic surgery at the Mount Sinai Medical Center in Manhattan, said she has seen more bacterial infections in the last year and a half in “young women who mentioned they did yoga and Pilates,’’ and for whom she had ruled out other risk factors for dermatitis or dry, itchy skin. Dirty exercise mats were most likely to blame, Dr. Marmur said.

Washing dozens of mats regularly can be laborious and costly, which is why Jen Lobo, an owner of Bikram Yoga NYC, raised her rental price to $5 a mat from $2.

“Every night we clean the mats with an antibacterial yoga spray” and hang them to dry, Ms. Lobo said. “Weekends, we put them in the washing machines with Dr. Bronner’s Soap. It’s a lot of manual labor.”

Many facilities encourage practitioners to buy their own mat or put the onus on members to clean them. For instance, Sports Club/LA gyms provide wipes for patrons. Most Gold’s Gyms offer antiseptic solutions for yogis. 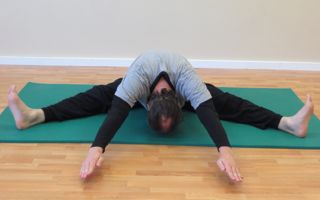 they aim to clean mats thoroughly once a week.

Some chains like Crunch Fitness had more ambitious policies, but little oversight. “The goal is to wash mats once a day,” said Amy Strathern, a spokeswoman. Does that happen? “I don’t know,” she admitted. “It’s up to the general manager of each gym to make sure it’s done properly.”

Among chains, compliance sometimes varies from club to club. Carol Espel, the national director of group fitness for Equinox Fitness, said that mats are wiped with a citrus-based disinfectant every other day and machine-washed twice a month.

But a group fitness manager at a branch of Equinox Fitness in Manhattan, who was granted anonymity because he feared losing his job, said that mats were machine-washed only “every two months” and wiped down in between. On the other hand, George Smith, maintenance manager at the Greenwich Avenue outpost, followed Equinox’s policy more closely. Mr. Smith said mats were disinfected in a machine weekly and wiped down three times a week.

Critics warn that hygiene isn’t always a priority at some gyms and studios. Heather Stephenson, a Brooklyn yoga teacher who has worked for two gyms and has worked out in more than 25 worldwide, said: “In my experience it is not an incredibly regular practice to clean them.” Ms. Stephenson, who is a founder of Idealbite.com, an eco-living Web site, added that blankets, which are used for headstands, “aren’t often cleaned, either.”

Some specialists also worry that the cleaning solutions are not as effective as they could be. In order for a mat wipe to work, the liquid needs to have alcohol or quat-based disinfectants that are commonly used in detergents, said Dr. Philip Tierno, the director of clinical microbiology at N.Y.U. Medical Center. The wipe also needs to be moist enough to wet the entire surface. Soap and water won’t kill bacteria, but chlorine will, added Dr. Tierno, the author of the book “The Secret Life of Germs.”

Longtime devotees of yoga tend to buy their own mats and don’t lend them to anyone because they consider them an intimate part of their practice. It’s what Robert Butera, editor in chief of Yoga Living magazine, calls yoga hygiene. Cleaning one’s mat is about “being self-reliant and improving your health any way you can,” he said.

Drop-ins and relative newcomers who use communal mats take the biggest risks. Robin Parkinson, a marketing executive in Los Angeles, began doing yoga at Equinox in Westwood about six months ago. She used the mats provided because she never saw a need to buy her own. “I don’t have a horse, either, and I ride,” Ms. Parkinson said.

One day she noticed a scaly red patch of skin on her right arm. It began to itch. And when her left leg and inner thighs also started itching, she went to four doctors because no one seemed to know what was wrong. At last, one gave her cortisone cream and told her to stop borrowing yoga mats. “I haven’t gone onto a public mat since,” she said.

For two years, Darby Friedlis used loaner mats from Bikram Yoga East in Midtown Manhattan, where she practiced hot yoga. Then she got a nasty surprise when she went for her monthly pedicure. “The manicurist took one look at my foot, which was itchy and a little flaky, and cried, ‘You have athlete’s foot!’ ” said Ms. Friedlis, a 25-year-old publicist in Manhattan. Her father, a doctor who specializes in pain treatment in Fairfax, Va., was the one to suggest that unclean yoga mats might be the source of her problem.

While a wart or fungus between their toes may dismay yogis, such ailments won’t kill them. “Athlete’s foot is not exactly a life-threatening disease,” said Dr. Timothy McCall, the medical editor for Yoga Journal. “And plantar warts and athlete’s foot are so common. You could make yourself crazy with this stuff.”

That hasn’t stopped entrepreneurial yogis from rolling out products to combat the hygiene problem. Judy Alley from Scottsdale, Ariz., created hand and foot mitts called Yoga Grip Gloves, after an especially unpleasant class four years ago. “The first time I got down on the mat I was disgusted,” Ms. Alley said. “I wanted to wear my shoes but they said ‘No.’ ” nationwide and asked about cleaning practices. Their response disgusted her. “A lot of studios can’t afford a cleansing product, and they only do a major wash in the machine twice a year,” said Ms. Stirlen, who now sells wipes for on-the-go hygiene as well as a spray and machine detergent.

Not everyone is impressed. Heather Schlegel, who has practiced Bikram yoga for three years, once bought a Jo-Sha Wipe, another moist towelette made for mat cleaning. “I tried wiping down my mat, but the unfolded square was too small and kept getting scrunched up as I rubbed it across,” she said of the 75-cent wipe. “It didn’t look particularly cleaner when I was finished.”

As for Ms. Friedlis, she stopped yoga after curing her athlete’s foot with an over-the-counter cream. “Now I do the elliptical or the treadmill,” she said. “Things where I have shoes on.”

A sobering article? I think so, but let’s also keep this in perspective. In 40 years of teaching Pilates classes I have never once heard a student complain of a foot infection. And mats are not the only risky things we use in our everyday lives. Door handles, restaurant menus, hand bags (how many times has yours touched a restroom floor?), and shopping carts (another pair of hands wheel that cart every 1/2 hour) are among the most germ infested objects on earth!

Additionally, exercise mats are not the only gym equipment we need to be concerned about! There are actually other items in your gym that pose greater health risks than exercise mats, such as the ellipticals, treadmills, universal machines, and free weights.

So be smart and safe, Clean your mat, but there’s no need to go nuts over this issue.