Let's Take Another Look at How We Teach Breathing In Pilates Joseph Pilates states in his book, Return to Life Through Contrology, “…above all, learn how to breathe correctly.” (p. 13) And according to the Pilates Elder Mary Bowen, "His most important principle was to commit to total health for your whole life AND breathe."

I start off with this not to argue that breathing is the most important Pilates principle. I like it just where it is - among the generally accepted six principles of Pilates. After all, trying to choose the one principle above all the rest feels like choosing a favorite child.

The point I want to make here is that breathing was very important to Joseph Pilates even though Mary Bowen states that he never taught a breathing technique. Indeed, nowhere will you find a demonstration of Pilates breathing on any of the films that show Joe or Clara teaching students!

So what's with all our Youtube demonstrations of 'Pilates Breathing?' What's with 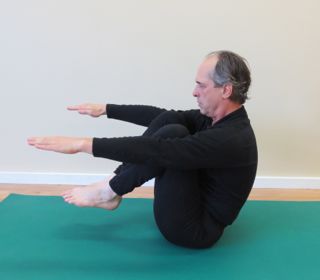 all the teacher training about Pilates breathing techniques? Where's it all coming from?

I have an idea. I think Joseph Pilates never taught any particular way of breathing on purpose! And I think I know why a few of his students develop breathing techniques anyway!

But first, let me share a few things I've learned about breathing from practicing and teaching Pilates for over 4 decades. Pilates has been full of exciting discoveries for me and it's one of the reasons I refer to Joseph Pilates as the 'Einstein of fitness.'

I've come to learn that there's no breathing method that's more important than just breathing. What I mean by this is that learning the form is quite enough for most beginners. Breathing patterns often just muddy the waters. At the same time I don't avoid questions about it. Yes, Joseph Pilates preferred breathing thru the nose but never made this a rule (according to Mary Bowen), and yes, there are wonderful breathing patterns in each Pilates exercise that basically follow the natural mechanics of exhaling on exertion, but again, I don't introduce breathing patterns until students have learned the form - first things first and for the beginner, having fun and not being overwhelmed is job #1!

One exception is 'The 100.' I've adjusting the way I teach breathing in this exercise from the traditional 5/5 pattern (inhale for 5 arm pumps, exhale for 5 arm pumps) in favor of one that follows research confirming that we naturally take longer to exhale. So I teach a 4 pump inhale with a 6 pump exhale and it feels much better. Even here I'm cautious because, what the heck, the bottom line is just breathe! Breathe as much as you can particularly since we tend to hold our breath whenever we're learning something, and that goes for anything, not just exercise. So just breathe! 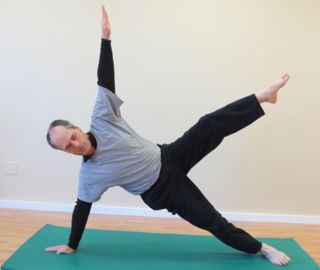 Interestingly, after studying films of Joseph Pilates in action, and after talking to Mary Bowen who was taught by Joseph Pilates, I'm convinced that he purposely did not teach lateral breathing because he knew it was a natural consequence of a firm core, just as a firm core is a natural consequence of simply doing his exercises. Brilliantly simple - just do the exercises and breathe!

There are dozens of Youtube videos by well meaning and knowledgeable Pilates instructors explaining Pilates breathing. They are all interesting, but none of them are necessary for breathing correctly during Pilates. Plus, these videos are overwhelming for a beginner. For an experienced student, they're fascinating, and herein lies the reason I believe some of his students developed breathing techniques. Let's take a look at this. Incidentally, for one of the better video demonstrations of Pilates breathing click here. But if you're a beginner just ignore it - ignore them all!

What Is Pilates Breathing 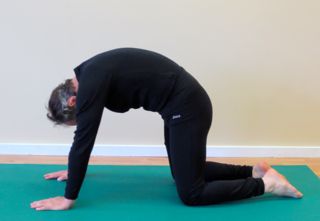 Although Joseph Pilates did not push any particular breathing technique, some of his students, most notably Ron Fletcher, introduced interesting methods such as 'percussive breathing'. Others introduced 'lateral breathing', and ‘bellows breathing’. I learned bellows breathing from my teacher Mary Bowen: inhale deeply and exhale forcefully with some resistance like a bellows. Mary explained that these breathing methods were developed by his students after Joe died, probably based on Joe's emphasis on exhaling completely to insure a fuller inhale.

What about this? We know that Joe was an avid athlete and body builder from an early age. I believe he learned a breathing technique well-known in the body-building, deep-sea diving, and high-altitude climbing worlds. I believe that this technique is the origin of Joe's emphasis on the exhale and why some of his students went on to create a Pilates breathing method based on it.

Watch any Olympic weight lifting competition and you'll see this technique in action. It is simply breathing forcefully and with some resistance on the exhale. What's fascinating to me is that it really works in several ways: first, it creates a fuller inhale, second, it energizes in a way that enables one to exert more energy (for example, lift more weight) and finally, it increases the body's absorption of oxygen. This last point is confirmed by research.

How To Do It 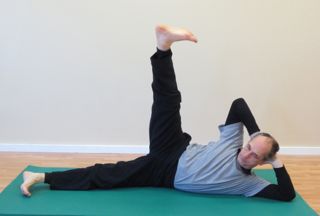 exhale forcibly through pursed lips or with the tongue pressed gently against the upper palate. Don't get caught up in the position of the lips or tongue, but rather simply force out your exhale with some resistance and your lips or tongue will follow in whatever position is natural for you. Or simply observe experienced weight lifters at your local gym. They all do it! I believe Joe talked about this method to a couple of his advanced students who then went on to promote it after his death.

The Importance of Oxygen

Let’s look at just how important oxygen is. Many scientists consider oxygen the most important ingredient for the healthy functioning of the body. We get oxygen not just from breathing, but also from what we eat and drink and even to a lesser extent from absorption through our skin. But our major source of oxygen is breathing.

Increased breathing during exercise not only delivers more oxygen to our system. It also cleanses our lungs. The mild coughing and clearing of the throat that often occurs during exercise is the loosening and expectorating of the coating in our lungs which traps dust and particles that would otherwise hinder our absorption of oxygen.

Oxygen is our life-support. Without it we quickly die. Clean air is made up of 19-21% oxygen. Paleontologists who analyzed air bubbles trapped in fossilized amber discovered that oxygen levels were as high as 40% when the dinosaurs 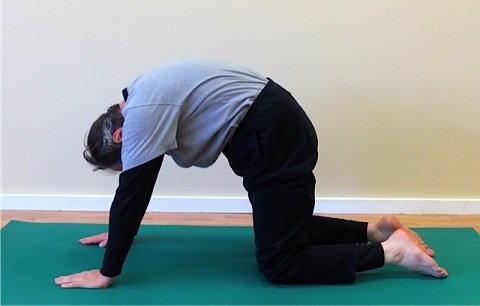 roamed the earth! The level of oxygen in our air today continues to decrease. Exercise and good nutrition are the best ways to insure that our body gets the oxygen it needs. Here are interesting facts about oxygen, and why it’s so important to our health:

So there you have it - my riff on breathing and Pilates. Do try the breathing technique - it works no matter what exercise you do. And if you found this article helpful, please like it and share it by clicking the icons at the top of this page.