Setting the Record Straight About Several Myths About Pilates

It’s understandable why this myth is so persistent. Class participants are mostly women. So are instructors and Pilates gym owners. But a closer look at the Pilates world reveals that though Pilates attracts more women, women are not the focus. In fact, at the pro sports level there are probably more men than women since it’s an important part of the conditioning program for nearly every elite athlete in football, baseball, basketball, golf, and hockey.

“Since I’ve done Pilates, I’m much better looking and 4 feet taller,” says Rich Beem, 2002 PGA Champion. “Seriously, I’m now so stretched out and have such great posture that I look and feel like a different person.” And after all, it was founded by Joseph Pilates who maintained a strong body right up until shortly before his death in his 80’s!

Myth #2 – Pilates Is Not Hard Enough

Initially, many men find it difficult to see a rigorous workout in a routine that primarily uses springs or one’s own body instead of heavy weights. Perhaps it’s the apparent ease of the fluid and controlled movement so prominent in Pilates and rarely seen in other exercise techniques. Indeed, Pilates is unlike anything you’ve ever done or seen before.

It looks deceptively easy, but it’s a completely different exercise method with completely different results. When I was first introduced to Pilates my preferred exercise was full-contact kick boxing. At first I just couldn’t understand how Pilates could ever give me a good workout. At the same time I was shocked to discover that even though I was in great shape, I was unable to perform many Pilates exercises because I simply had very little core strength. In fact, Pilates is the ONLY exercise program that focuses upon strengthening certain muscles in the core, especially the transverse abdominals, iliopsoas, and inner obliques.

My experience is not unusual. Here’s what happened to Kurt Schilling when he started Pilates. “The first three weeks I was really disappointed. I wasn’t sweating. I wasn’t winded, which is what I associate with true exercise. Then in the fourth week I started to understand the Pilates terminology, the idea of working from your center. By the third month I was more powerful and flexible than ever before. And I’d lost 15 pounds.”

Myth #3 – It Takes Too Much Time to Learn

Well, this has actually been true, but not any more! It’s always taken longer to learn Pilates because you’re learning to strengthen muscles you’ve never used before, muscles that are neglected by other exercise techniques. It also takes longer because you may have to un-learn some exercise habits such as harsh movement and crunches. 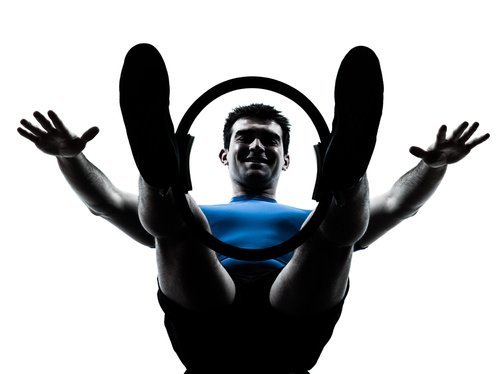 And care must be taken not to jump to advanced movements before the body is strong enough to support them, otherwise Pilates can cause injury. And if you don’t get the right instructor, alignment, breathing patterns, and anatomy can be overwhelming.

It generally takes 20 to 30 lessons before most people can do Pilates on their own. Contrast this with a couple of minutes to explain how to use a piece of fitness equipment in your local gym!

The good news is that right here I offer free instruction crafted by over 4 decades of teaching experience. For the first time, Pilates is quick, easy, and inexpensive. See for yourself by simply signing up in the box at the top of this page on the right.

Here’s the secret sauce! Here’s the genius of Pilates! It doesn’t matter whether your breathing and alignment are correct or whether you can identify the core muscles. Each exercise leads us automatically to greater strength, awareness, and alignment. It’s automatic! But that doesn’t mean you won’t have questions, so these lessons come with free personal training. Contact me anytime with any question – I want to be sure you succeed.

As the core strengthens, and as our body awareness grows, it becomes easy to identify the many different muscles that comprise the “core.” Likewise, it becomes easy to align the spine and maintain alignment during each exercise. And perhaps most thrilling of all, you’ll discover that seemingly complicated breathing patterns during each exercise are exactly the way the body naturally wants to breathe!

So be sure to try my online lessons. It’s the exact same instruction that’s led all my hundreds of students to success, specially designed to give you quick results and avoid the frustrations faced by most Pilates beginners.

It’s not hard to learn, but it does take practice. And remember that it’s dangerous to skip to advanced exercises before you have the core strength to support them. 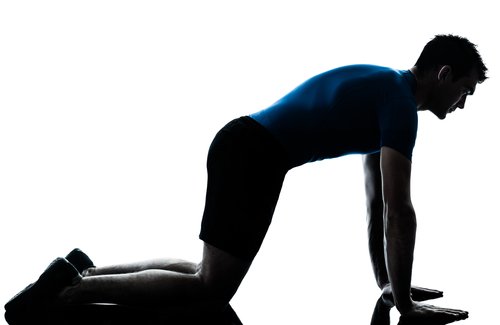 Few instructors realize that Joseph Pilates first developed mat exercises, and then later the equipment that Pilates is now so famous for. The original mat routine is what I teach here and in my classes. The machinery was originally intended for students who couldn’t do mat exercises due to injury or some other physical challenge. In fact, his first machine was designed to exercise bedridden hospital patients.

Interestingly, the ‘magic circle’ was born of efforts to find ways to increase resistance for mat exercisers whose strength had grown and who needed more challenge. It’s believed that he used wine keg bands to create the first magic circle. Following Pilates’ lead, we are encouraged to play with bars, bands, balls, circles, and weights – anything that creates added challenge as well as ‘muscle confusion.’ But no equipment is necessary to achieve tremendous strength, flexibility, and cardiovascular conditioning in Pilates mat exercises

Now that we’ve set the record straight about what is and isn’t Pilates, it’s time to try it! You can start learning Pilates in the comfort and convenience of your own home for free by signing up in the box at the top of this page on the right. In a matter of just moments you can start learning one of the most popular exercise methods in the world.